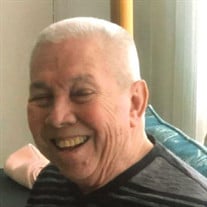 With great sadness we regret to announce the passing of William Pereira. He was born on January 1, 1936 in Indonesia, of Dutch ancestry and passed on November 26, 2021 in Sacramento, California. He was a long-time resident of San Leandro, California. Born in Probolinggo Indonesia, on the small island of Java. One of seven children of Frederick and Cornalia Pereira, they had a strong family bond. They went through much hardship during the end of WWII, when they were placed in concentration camps for eighteen months during the Indonesia independence, from the Dutch. After losing his father during the war, the family was deported from Indonesia to The Netherlands, by ship. In The Netherlands, he joined the Dutch military and became an airplane mechanic. Met his wife of 62 years, Beatrix, who herself survived the camps in Indonesia and was on the same ship to The Netherlands. They married in 1959 in Holland, and in hopes of a better life immigrated to the United States, with 4 month old daughter Giny and two small suitcases. They began their journey in Oakland, California, and from there their lives blossomed. Within five years, they had a son, Sandy, sponsored more families to immigrate to the United States and purchased their “forever” home in San Leandro, California. In that small 3-bedroom 1-bathroom home, they welcomed all with open arms. His belief was always work hard and play even harder. He worked as an auto mechanic for most of his 40 year plus career. Enjoying every weekend with family, camping, dancing parties, and much more, he enjoyed life to the fullest. Family was number one, and even during his last years when dementia consumed so much of his daily life, if anyone came to visit, he welcomed them with a smile, and a handshake. He is survived by his beloved wife Beatrix Pereira, his son and daughter in law, Sandy and Dianna Pereira, his daughter and son in law, Giny and Jim Anderson, his grandchildren and spouses, Gina and Nicolas Fraire, Mathew Pereira and longtime girlfriend Megan Bradley, Lisa Anderson, Daniel and Jessica Pereira, who had a special gift this year his great granddaughter Delilah Pereira, his sisters and brother-in-laws, Maudy and Harley Driessen, Henriette Heynen and Willie Seeman and many nieces and nephews. Private services will be held at Chapel of the Chimes in Union City on December 12, 2021, at 12:00pm to 1:30pm, with burial service to follow at 1:45pm. Unfortunately, our family would love to welcome everyone to the service, but due to the pandemic and family members that are compromised, we ask that only family members that are fully vaccinated attend the services. We appreciate your support and understanding during this difficult time. Donations in lieu of flowers can be sent to Alzheimer’s Association @ https://www.alz.org/

With great sadness we regret to announce the passing of William Pereira. He was born on January 1, 1936 in Indonesia, of Dutch ancestry and passed on November 26, 2021 in Sacramento, California. He was a long-time resident of San Leandro,... View Obituary & Service Information

The family of William Pereira created this Life Tributes page to make it easy to share your memories.

With great sadness we regret to announce the passing of William...

Send flowers to the Pereira family.