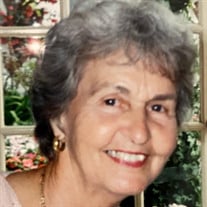 Rhea Myrtle Littlefield was born March 2nd, 1923, in Twin Falls, Idaho. The Littlefields were a Mormon family that could trace their religious beliefs back to the origins of the LDS church in New York. Their family could be proud of their contributions to the history of their church. She was given the same middle name as her mother. But the name “Rhea” was always a mystery to me. The name Rhea comes from Greek mythology. However, the Titan Rhea, was the daughter of the Earth and the Sky. She was the mother of the main Olympian gods. So, from my perspective, the name suits her as a child of the Earth, and a caring mother. The Littlefields moved fairly often between towns in Idaho, and Utah. From her parents she learned the value of hard work, and self-reliance. If you could make it yourself, grow it in your own garden, or prepare it from scratch in your own kitchen, that would be best. She was a very early believer in farm-to-fork, and eating clean, and putting some away for a hard time. She was a country girl, a farm girl, and a woman who loved feeding and caring for her family. Not surprisingly, she was a life-long believer in the teachings of the LDS church. She was always active in her local ward. I know she loved attending church with her Littlefield family, it was like a family party with additional friends; but she also loved being in the choir at her local ward in San Leandro. Rhea was a musician. She was in her school harmonica band in Idaho. Later, she was in a girl trio with her sisters Ora and Alta. She played the guitar. I’m not sure if she loved that instrument, because she never picked it back up at any later point in her life. She did admit that she did not have to do the dishes since she needed the callouses on her fingers to pick the guitar strings. Later in retirement, she learned to play the piano. In her final years, Rhea was always humming a tune. There definitely was music in her. It was at a barn dance in 1941 that Rhea was introduced to a young teacher, Archie Buckley. He had already graduated from Chico State College, and had begun his career. Rhea was a senior in high school, though already 18 when they met. She was a car hop at Chuck’s Drive-In near the lake in Marysville. He was a good dancer, had dark curly hair, and was a talented athlete. It wasn’t long before she was the only reason he drove from Willows to Marysville on the weekends; well that and maybe some hunting. Their courtship ended early with the start of WWII for the Americans in December of 1941. Archie proposed, and on January 10, 1942, the two eloped to Carson City, Nevada for a quick wedding and return home before her father found out. She wouldn’t kiss Archie in front of minister that was a stranger; and given the short time frame and secrecy, there wasn’t a honeymoon for some time. Archie did his best to hold off enlisting until after the end of the school year. I don’t think Rhea even got a chance to graduate. But Private Buckley and Mrs. Buckley started out in Monterey, California. Later they would be stationed in Little Rock, Arkansas where Diane was likely to be born. Rhea was not about to let her child be born in a place like Little Rock, so they took a train home to Marysville for the birth. Diane was not on time; but a bumpy ride in a peach orchard seems to have been involved in starting labor. The Buckleys were later stationed in Temple, Texas for the remainder of the war. The second child, Bill, was born there, 14 months after his sister Diane. Following the war, the family moved back to the Bay Area and lived in a wartime government housing unit in Alameda. Archie was offered a job with the Veteran’s Administration at the Oakland hospital. In 1948, Rhea’s dream came true. They bought a brand new home on Halsey Avenue in San Leandro. No more moving around. A place where she could lay bricks, plant a yard, decorate with new furnishings, and cook in her own kitchen. Along with all these changes, Sharon would come along, as well as a daycare she would run for the next 33 years. Somehow she found time to make hooked rugs, sew, can preserves, and cook any animal Archie brought home (as long as he cleaned it himself.) She continued to eat healthy, and exercise. She did yoga into her 80s. She used her Jack LaLanne Trim Twist while she followed his tv workout. She shopped at the health food store even before “hippies” became popular. I think her life changed the most about 1975. Her kids were grown, she was retired, and they had just purchased the garden lot now attached to their backyard. “Rhea’s Little Field” allowed Rhea and Archie to become organic farmers, at least to grow their own fruits and vegetables. They sort of lived outside during the nice weather. After all those years of raising and tending to children, she was finally able to reconnect to the Earth. She was “Rhea,” appropriately named.

Rhea Myrtle Littlefield was born March 2nd, 1923, in Twin Falls, Idaho. The Littlefields were a Mormon family that could trace their religious beliefs back to the origins of the LDS church in New York. Their family could be proud of their contributions... View Obituary & Service Information

The family of Rhea M. Buckley created this Life Tributes page to make it easy to share your memories.

Send flowers to the Buckley family.