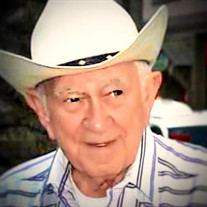 John Thomas Caires passed peacefully on February 11, 2021 He was born December 29, 1926 in Mount Vernon, NY. He is having a joyous reunion with His parents, John and Louisa Caires Siblings, Mary Abrew, Van Caires and many friends and family... View Obituary & Service Information

The family of John Thomas Caires created this Life Tributes page to make it easy to share your memories.

Send flowers to the Caires family.