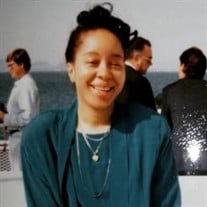 Hajjah Valerie Lugenia Shabazz was born Valerie Lugenia Johnson in Detroit, Michigan to Rose and Edgar Johnson on the 2nd of April, 1951; she returned to Allah Sunday, the 19th of December, 2021. In her mid-twenties she took her shahadatain(Declaration of the Islamic faith) and from that moment lived her life according the principles/pillars of Al-Islam. Hajjah Valerie, a faithful believer that Al-Islam enables one to reach Paradise, completed the 5th Pillar of Al-Islam by making Hajj (the pilgrimage to Mecca) in 1992 and in 2001. Valerie wasn’t playing! Valerie loved being of the faith but she also loved and revered her children, Muhammad Rahman and Tariq and Hadiyah Shabazz. Valerie met her first husband Haneef Abdul Rahman in Detroit, Michigan and they were wed in 1975. Muhammad Abdul Rahman big peanut head behind would soon be born in 1977. They both decided to road trip across the US and plant roots in San Francisco, living with her Uncle John and her Aunt Bessie (deceased), where she taught in Elementary school before moving on to be a service representative at Pacific Bell. After divorcing Haneef Rahman, Valerie would meet Rasheed Shabazz (nay Jerry Silas) by way of one of her best friends Sister Shadidah. Valerie and Rasheed would go on to marry each other at Brookdale Park in Oakland, California. Valerie and Rasheed had two kids of their own, Tariq Silas Shabazz in 1984 and Hadiyah Becca SIlas Shabazz in 1987. During this time and after, momma worked for 20 plus years at Pacific Bell, raising her kids with Islam shining the way to the best of her abilities, and supporting Rasheed as he grew into his dean. She was the rock that allowed Rasheed to pursue, build, and grow as a Coordinator of Prison Dawah (religious) services at Masjidul Waritheen. She held down the fort with love, a bright smile, righteous laugh, and a tough will, making sure us young children were cared for and loved. Rasheed passed away in 1999 and momma decided a few years after to retire early from her service representative position at Pacific Bell. Upon retiring, she spent most of her time staying up on her dean, creating a loving environment for her kids at home, and mainly dragging her kids through life as best she could. She doted on her grandchildren Aaliyah and Jazmine Rahman with many beautiful dresses just like her mother Rose Johnson did for her own grandchildren. You know they had to match! Valerie is survived by a loving family and many friends. Including her children Muhammad, Tariq, and Hadiyah, daughter-in-law Stephanie Rahman, grandchildren Aaliyah and Jazmine Rahman, she leaves to cherish her memory her mother in law Rosie Payne (96 years young), sister’s Stephanie and brother in law Jerry Esters, sister Yolanda Johnson-Chambers, and brothers Gregory, Edgar, and Mark Johnson, as well as brothers/ sisters Michael Silas, Denise Payne, Rosie and Leonard Williams Sr., Lisa and Donald Coats Sr., Jewel Payne, and James Jr, as well as 30 +nieces and nephews. Her mother and father, Edgar and Rose Johnson, father in law’s Jim Silas and James (Buster) Payne, sisters/brothers Diane Greenfield, Theresa Silas, Jane Drummond, Marion Williams, Leonard Silas, Patricia Moore, and last but not least, Rasheed Jamal Shabazz preceded her in death.

Hajjah Valerie Lugenia Shabazz was born Valerie Lugenia Johnson in Detroit, Michigan to Rose and Edgar Johnson on the 2nd of April, 1951; she returned to Allah Sunday, the 19th of December, 2021. In her mid-twenties she took her shahadatain(Declaration... View Obituary & Service Information

The family of Valerie Lugenia Shabazz created this Life Tributes page to make it easy to share your memories.

Send flowers to the Shabazz family.