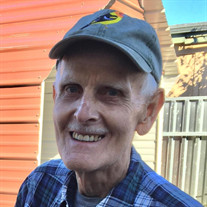 Stephen Edmund Mostek was born January 20, 1937 in Duncan Nebraska to Stephen Agustine Mostek and Cecilia Dubas Mostek. They moved to Omaha, Nebraska when he was about 6 years old. He went to a Catholic grade school through 8 grade, often telling the stories of how the nuns would rap his knuckles with a ruler. Steve spent the next 4 years at South High School, graduating in 1954. His father had a machine shop at their home so Steve was using the lathe and other machine equipment by the age of 12 years old. Steve met Patricia Taylor in South High School when he was 15 and Pat was 14 (11th grade and 9th grade). They went “steady” as they called it back then, for 4 years until Patricia graduated from high school in 1956. Steve graduated in 1954 and immediately enlisted in the Navy as a machinist mate. He was stationed aboard the ship, The USS Salisbury Sound, a sea plane tender, based in Alameda, California. Steve came home on leave for Pat’s graduation in 1956, and they were married June 9, 1956. They started their married life in California until Steve was scheduled to go overseas on an East Seas tour with stops in Japan. Pat waited out the time in Nebraska until Steve got back to California from his overseas duties in 1957. Their first son Stephen Mostek was born May 1957 in California. The family stayed in California until Steve was discharged from the Navy in 1958 after which they returned to Nebraska for about 3 years. During that time, Steve developed T.B. and was in the VA hospital for about a year. After surgery and recovery time to remove the T.B., he and Pat decided to move their soon to be growing family back to California in 1960. Their second son Kenneth Mostek was born on June 1961. During his career Steve had worked as a maintenance mechanic at a Box Factory, a mold-maker at Owen Illinois Glass Co. and a senior technician and welder at General Electric Co. before deciding to go into business for himself. In 1979 he started “Mostek’s Machine and Welding” and operated that business for almost 20 years before deciding to slow down a little and semi-retire. After liquidating most of his equipment in his business shop, Steve had enough equipment at home to continue welding and doing machine work for a small number of his favorite, long time customers which he did up until December of 2020. In December of 2020 Steve had his first minor stroke. He went into the hospital January 23, 2021 for surgery but had complications while recovering resulting in a more severe stroke and passed away May 22, 2021. Steve was a man of faith and said before his passing, he had lived a good life and was ready to go to God. Steve loved to work in his machine shop, fiddle with things, figure out how they worked, and was always curious about the mechanics of just about everything. Much to Patricia’s dismay, he took apart the music box he had brought her back from Japan while on his overseas tour because he wanted to know how it worked. He enjoyed feeding the birds in his backyard, making many birdhouses and even had a camera inside one of the bird houses in hopes of watching the baby birds. Much to his dismay, momma bird stuffed the nest and covered the camera lens. He was interested in history of WWII, read many books and watched documentaries on the subject. He enjoyed watching nature shows on television and took pleasure in planting a yearly home garden. He also loved a good chat with anyone who dropped by the house. Steve’s youngest son Kenneth passed away in May 2020. His oldest son Stephen Mostek lives in Oregon with his wife Jenny. Steve has 2 grandsons Trevor Blomquist and Ryan Mostek, 2 great grandsons Jacob Thomas and Steven Mostek and 1 step great grand-daughter Elizabeth Newell. His 3 sisters are Lillian Rhoades (deceased), Janice Marstiller, and Eloise Childers. Steve was 84 years old at the time of his passing. Pat and Steve were happily married for nearly 65 wonderful years and were together for nearly 69 years including their High School dating years. They lived in their home in Union City CA for 56 years where they raised their family. He was a loving husband, a great dad and grandfather and is genuinely missed by his family and friends.

Stephen Edmund Mostek was born January 20, 1937 in Duncan Nebraska to Stephen Agustine Mostek and Cecilia Dubas Mostek. They moved to Omaha, Nebraska when he was about 6 years old. He went to a Catholic grade school through 8 grade, often telling... View Obituary & Service Information

The family of Stephen Edmund Mostek created this Life Tributes page to make it easy to share your memories.

Send flowers to the Mostek family.