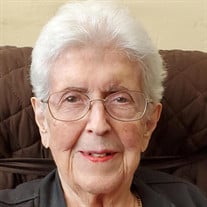 Sarah Jason was born Sarah Shemaria on August 8, 1929 in Los Angeles, California. She was the second of four children of Isaac and Florence Shemaria, both of whom were born in Rhodes, Turkey (now Rhodes, Greece). Sarah was born Deaf and first attended the Mary Bennett School for the Deaf in Los Angeles. Though she was schooled in the Oral Method and was given hearing aids, she recounted later that she was neither good at trying to speak or lipread and she was not fond of her hearing aids. Upon the untimely passing of her father in 1935 when Sarah was 6 years old, she left Mary Bennett School and traveled by train from Los Angeles to Berkeley where she began attending the California School for the Deaf. Sarah became a year-round residential student at CSDB, coming home only during summer. Sarah enjoyed her many years at CSDB and made many of her lifelong friends there. In 1948 when visiting her mother who had since remarried and relocated to Seattle, Washington, the school administration determined she was no longer eligible to attend CSDB because her mother was not a California resident. After much effort on the part of her older sister, who petitioned to be her guardian, the school administration eventually turned down her request. Sarah was unable to finish her senior year at CSDB and relocated to Seattle to be with her mother and cousins, but continued to keep in touch with her CSDB friends. It was her CSDB friends who encouraged her to attend a Deaf basketball game in Boise, Idaho in 1951 so they could introduce her to a young man named Benny Jason. Benny also happened to be a CSDB student, having moved from New York with his parents to Oakland, California in 1939. Unlike Sarah, Benny was a day student and went home after each school session. He was also 5 years older than Sarah. Upon meeting Benny, they both realized that not only was there a love there but a fated connection. Sarah's mother, Florence and Benny's father, Elias were playmates back in Rhodes and the two sides of the family shared the rich tradition of Sephardic Jewish life, particularly Sephardic style cooking. Sarah and Benny were married on August 17, 1952 in Oakland and settled in with Benny's parents, Allegre (Abrevaya) and Elias Jason. They lived in East Oakland until 1955, when Sarah and Benny purchased a house in a suburb of the East Bay called San Leandro. They continued to live in the same house until today. It was their house in San Leandro where Sarah and Benny raised their two sons, Jack and Sam. Benny worked at a shoe repair shop that he owned with his father in San Leandro, and Sarah worked at Perfection Macaroni in Oakland, taking the bus each day at 7:30 and returning each evening at 5. Sarah and Benny were assisted in childcare first by Benny's parents and then by neighbors. When Jack and Sam were older, Sarah and Benny entrusted them to be independent and take care of things each day until Sarah and Benny returned home. Sarah was proud to have raised independent and self sufficient CODA's, children of Deaf adults, and often time relied on them to interpret for her and Benny. After Perfection Macaroni closed their plant, Sarah moved on to spend over 20 years working at Sears, first at the store at Southland Mall in Hayward and then in the Personnel Department at the regional office until she retired. Sarah and Benny loved their lives, often outperforming their hearing peers in travel. Sarah loved bowling and both she and her husband Benny were active in the East Bay Club for the Deaf and later, the San Leandro and Hayward Deaf Seniors clubs. Vacationing together as a family was incredibly important to Sarah and Benny and they traveled extensively with Jack and Sam; first camping with Deaf friends and their CODA children, road tripping around the United States, and eventually taking many trips overseas, setting foot on every continent except Antarctica, and taking over 20 cruises around the world with their Deaf friends and later with Jack and Sam. Sarah was also an avid fan of the Oakland Athletics baseball team, attending many games as a season ticket holder for over 25 years with Sam and her brother, Abraham. She was proud of her collection of ladybug memorabilia (she was in a social group of Deaf women called the Ladybugs) and loved showing off her perfectly manicured nails, with one nail in particular being bedazzled with an "S" for her first initial. Sarah is survived by her husband, Benny, 97 and her sons, Jack of Los Angeles and Sam of Castro Valley. She was preceded in death by her siblings, two of whom who were hearing, Molly (Matilda) and Mike (Meyer) and her brother who was Deaf, Abraham. Most of all she was very proud of her life-long CSDB friendships and always spoke of how much she missed them all, having been practically the last of her generation to survive. Please join us in placing Sarah in her final resting place on September 1, 2021 at Chapel of Chimes Cemetery, Shaaray Shalom section, located at 32992 Mission Boulevard, Hayward, CA 94544. Graveside services will begin at 1:00 p.m. In lieu of flowers, Benny, Jack and Sam are requesting donations to the non-profit Rhodes Jewish Historical Foundation that can be found at https://rhodesjewishmuseum.org/donations.

Sarah Jason was born Sarah Shemaria on August 8, 1929 in Los Angeles, California. She was the second of four children of Isaac and Florence Shemaria, both of whom were born in Rhodes, Turkey (now Rhodes, Greece). Sarah was born Deaf and first... View Obituary & Service Information

The family of Sarah Shemaria Jason created this Life Tributes page to make it easy to share your memories.

Send flowers to the Jason family.