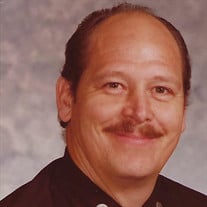 On Saturday, 29 May 2021, Robert “Bob” William Allan, the wonderfully devoted father of six, passed away peacefully at the age of 86 in his home in San Leandro, California. Bob was born on St. Patrick’s Day 1935 in Mapleton, Utah, to Bernice Evans and Frederick Gideon Allan. He married his sweetheart, Ada R. Coonie, in 1962. Bob is survived by his two younger brothers, Paul and Steven Anderson; his six children: Kurt Schneiber, Kristine Cannon, Catherine Wahineho’okae, Laura Brown, Jennifer Allan, and Rachael Copada. He will also be remembered lovingly by his eighteen grandchildren and eighteen great-grandchildren. With an easy smile and an infectious laugh, Bob warmed the lives of all within his reach. His friendships were many and deep. From his days as a student athlete at Castlemont High School, to his 35 years in the Oakland Fire Department, and to those among his many decades of church service, Bob stayed connected with his people. Bob loved to cook! And with the cooking came the jokes and fun and laughter. He served as the lead cook for his church’s summer girls camp for over 20 years. He planned and executed dozens of dinners for his congregation. And family events always included Dad at the stove preparing all of his family’s favorites. Bob and Ada raised their family in Oakland and San Leandro, California. He loved his family and devoted his life to teach them to be honest and faithful … and to have fun. Bob influenced his family primarily by his example. He was warm and gracious and accepting, with a special eye towards those who may have been struggling with life’s many challenges. Another key element of Bob’s life was his devotion to his faith. As a life-long member of the Church of Jesus Christ of Latter-day Saints, he served in many capacities as lay minister, including scoutmaster, Sunday School teacher, bishop, and temple worker. With Ada he shared a favorite hymn , “I Stand All Amazed,” reflecting their mutual love for the Savior and the impact he had on their lives and family through the years. All who knew him well and were touched by his generosity and loving kindness will miss our Robert. We love him! A memorial service will be held at the San Leandro Ward of the Church of Jesus Christ of Latter-day Saints on Saturday, 12 June 2021. He will be laid to rest aside Ada at Chapel of the Chimes in Hayward, California.

The family of Robert William Allan created this Life Tributes page to make it easy to share your memories.

Send flowers to the Allan family.