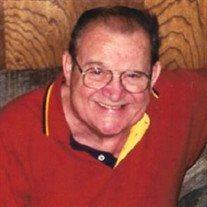 Kenneth Raymond Wesela passed from this world blessed, as he was in life. Born in Milwaukee Wisconsin to Raymond Joseph Wesela and Wanda Delphine Muszytowski, Kenneth follows them to God, with: his sister, Natalie W Zaborowski(Clarence (D)), and two wives, Helen Patricia Coury and Carol Jean McCleod, and is survived by: his brothers Raymond Gerald(Linda R) and William Edwin, his sister Sandra Reynold Struick(Kevin), his five children Mary Francine, Kenneth Raymond Jr(Kerry A),Wanda Jean Bishop(Alma R(D)), Jessica Marie Taylor(Thomas D), and Paul Anthony(Renata), his ten grandchildren: Richard Anthony(Ramona I),Kenneth Raymond III, Kirstie Renae, Kaitlin Marie(Jose), Thomas Daniel Jr, Brendan Anthony, Eva Helen, Paul Anthony Jr, Michael George, Grace Kerry,with Zachariah Anthony on the way, as well as many other extended family and friends. Kenneth joined the United States Marine Corps serving in the Korean War and preparing him for a successful career in the airline industry. Employed by Capital Airlines in 1958 at Washington DC's National Airport, the company became United Airlines, and Ken was tranfserred to the San Francisco Airport in 1962. Ken became an expert in DC-10 maintenance, leading him all over the world. Regarded as highly intelligent and a fast problem solver, Ken earned his way from the maintenance floor to management and then SAM controller, and came away with his most prominent work memory; suggesting the use of engine thrust to guide the DC-10 to land, scattering parts into the corn field next to the airport, when all control/hydraulics were lost on United Flight 232 in 1989. Kenneth Raymond Wesela retired from United Airlines in 1994 with 36 years of loyal service, which he totally enjoyed. Following retirement, Ken moved to Manteca where he became an active member of its Senior Center and of the RUAEA San Joaquiners. He was known as outgoing and friendly by those who met him, willing to participate through volunteer and event activities, and courageous and powerful in any new endeavor. Our hope is in God's promises.

Kenneth Raymond Wesela passed from this world blessed, as he was in life. Born in Milwaukee Wisconsin to Raymond Joseph Wesela and Wanda Delphine Muszytowski, Kenneth follows them to God, with: his sister, Natalie W Zaborowski(Clarence (D)),... View Obituary & Service Information

The family of Kenneth Raymond Wesela created this Life Tributes page to make it easy to share your memories.

Kenneth Raymond Wesela passed from this world blessed, as he...

Send flowers to the Wesela family.