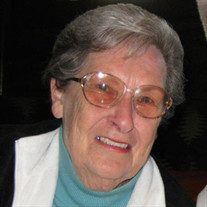 Jo Doris Harbour was born to James Paul and Willie Mae Harbour on January 7th, 1937 in the small town of Byers Texas. Rumor has it, based on a story told by her father, that she was born under a water tower. Jody peacefully passed away on July 22, 2020 at her home with her loving family by her side. At the age of 3, she moved to California to the cotton fields in Kern County. Some would say that it could be comparable to the era of the Grapes of Wrath. As a young girl she lived with her family in many places as her father was an auctioneer and furniture salesman which afforded them to move around a lot. Jo Doris graduated high school from Hayward High in 1955. One day she was spotted getting off of a greyhound bus by a young military man who was stationed at Camp Parks. He sought her out and finally met her at the Doggie Diner in Hayward. They were smitten from the beginning. Gerald Johnson (Jerry) married Jo Doris (Jody) on March 19th 1956 and had a long and wonderful marriage. Together they had 5 wonderful children whom are all here today. She was a homemaker in the beginning and finally went to work alongside Jerry at Emil Villa’s Hick’ry Pit and spend most of her career there. She retired in 1991 and had a wonderful retirement with her family and friends. Jody had many passions, she loved to read, and we even think she held the record for the most books checked out from the public library. She loved to be taken shopping. Her favorite holiday was Christmas and she loved her Santa figurines, in which she had a vast collection. She had a tremendous love for her family. Jody is survived by her husband Gerald of 64 years, her 5 children, Sharon, Donald, Barbara, Patty and Derek, three Son’s in Law, one Daughter in Law and three wonderful Grandchildren, and her brother Jack Dennis Harbour and many loving cousins and nieces and nephews. Preceded in death by her loving brother James Stanley Harbour. She had a tremendous love for her church and was a member of the Cornerstone Community church. She had a great love for her Lord Jesus Christ.

Jo Doris Harbour was born to James Paul and Willie Mae Harbour on January 7th, 1937 in the small town of Byers Texas. Rumor has it, based on a story told by her father, that she was born under a water tower. Jody peacefully passed away on... View Obituary & Service Information

The family of Jo Doris Johnson created this Life Tributes page to make it easy to share your memories.

Send flowers to the Johnson family.