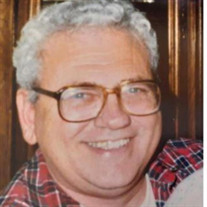 Ernest David “Dave” Davis, 93, passed away unexpectedly on August 7, 2021 at San Ramon Regional Medical Center in San Ramon, California. Ernest was born in Fort Dodge, Iowa to Dorothy Lange and later adopted by Ray Davis. He joined the US Navy in 1945 prior to the end of World War II and spent the next 20 years serving on multiple ships and bases in Japan, Taiwan and the United States. In February 1956, he married the love of his life Shizue “Sue” Kusumoto in Fukuoka Japan. After 20 years in the Navy, Ernest retired and the family settled in California where he started a new career at East Bay Municipal Utility District (EBMUD) working his way up from reading meters to an assistant office manager. In addition to his work at EBMUD, Ernest was in the Navy Reserves for ten years. Family was very important to Ernest. When he retired from EBMUD after 20 years, they would travel to see family members in Japan, Iowa, Kansas, Minnesota and Oregon. When traveling or during special occasions, he always had a camera of some kind in his hands to document for history and catch spontaneous moments. For many years, he played poker with a group of longtime friends and always had a good time. He continued to play golf into his 80’s when his legs finally said enough. Whether traveling, golfing, playing poker or spending time with family, Ernest did it all with an infectious smile and a great sense of humor. His sons were a bit jealous that he had more hair at the age of 93 than they do now. Ernest is survived by his wife, Shizue, four children: Floyd Davis (Deborah Ross), Deborah Davis, John Davis and Nancie Geppert (Steven Lucero) and one grandson Kerrec Geppert (Theresa Molina). He was preceded in death by his parents Ray and Dorothy Davis. A private graveside service will be held at Chapel of Chimes in Hayward, California. In lieu of flowers, donations can be made to Disabled American Veterans, Marine Toys for Tots or the National Kidney Foundation.

The family of Ernest David Davis created this Life Tributes page to make it easy to share your memories.

Send flowers to the Davis family.