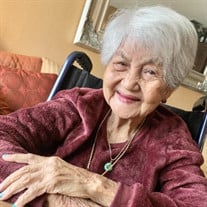 The family of Erlinda Santos Torres created this Life Tributes page to make it easy to share your memories.

Erlinda Santos Torres, born in the Philippines on September 30th,...

Send flowers to the Torres family.