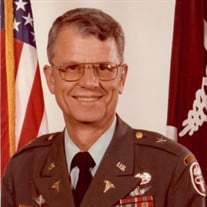 Chester L. Ward, MD, MPH Brigadier General, MC, MFS, USA, Retired 8 June 1932 to 31 May 2021 The Lord welcomed another soldier on Memorial Day 2021. Brigadier General Chester Lawrence Ward, M.D., M.P.H., (US Army, MC, MFS, Retired), reported for duty to Saint Peter at 0300hrs on 31 May 2021. He was born in Woodland, California on June 8, 1932. He died on May 31, 2021 after a valiant battle with Pancreatic Cancer. He remained at his home in Union City, California throughout his illness thanks to his family, hospice and caregivers. General Chester Ward had a long and distinguished career as a Physician in the public and private sectors. After an illustrious military career in the United States Army Medical Corps, Dr. Ward retired as a Brigadier General and returned to his native state of California where he became an active member of the local medical community. General Ward started his US Army career in the United States Infantry as an Airborne Ranger; he served in the Panama Canal Zone prior to attending the University of Southern California School of Medicine. Following his medical internship at Letterman Army Hospital, Presidio of San Francisco, he was assigned to the 5th Special Forces, Ft. Bragg, NC. He served two Vietnam tours, first as a Special Forces (“Green Beret”) Medical Officer in 1964, then in 1968 with 17th Aviation Group, and in 1969 as the Aviation Brigade Surgeon and US Army Vietnam Aviation Medicine Consultant. General Ward’s education included the Naval Schools for Underwater Swimmers (Navy SCUBA Diver) and Aviation Medicine. His education continued at the Army Command and General Staff College and the National Defense University’s Industrial College of the Armed Forces. He served on the personal staffs of Presidents Nixon and Ford as a White House Physician from 1971 through 1976. He was then assigned as the commander of medical activities and Womack Community Hospital at Ft. Bragg, NC plus being XVIII Airborne Corps Surgeon. General Ward retired while serving as commander of William Beaumont Army Medical Center, Ft. Bliss, El Paso, Texas. In addition to working with the US Army during his military career, he served as a medical consultant to the CIA for two decades. General Ward is a recipient of the Distinguished Service Medal, the Legion of Merit (1st OLC), the Bronze Star Medal, the Air Medal (5th OLC), the Army Commendation Medal, and several others. Following his US Army retirement, General Ward served in the public and private sectors, including over ten years as the Health Officer and Director of the Butte County Department of Public Heath. Prior to moving to Butte County, he was the Executive Director of Continuing Medical Education and a Clinical Professor of Emergency Medicine at the University of Southern California’s Keck School of Medicine. General Ward engaged in extensive community service in conjunction with his professional endeavors. He was a graduate of Van Nuys High School, and then obtained his Bachelor of Science at the University of California, Santa Barbara, his Medical Doctorate from the University of Southern California, and his Masters of Public Health from the University of California, Berkeley. General Ward was Board Certified in Preventive Medicine/Aerospace Medicine. In his personal time, he enjoyed “fixing things”, sailing, wood working, SCUBA diving, and international travel. General Ward will be laid to rest with military honors in his home state of California at the Sacramento Valley National Cemetery in Dixon, California on Monday, June 28, 2021. He is survived by his wife Sally McCloud Ward, his daughters Katharine Clemmer and Lynda Ward Pierce; and his grandson Joshua Clemmer and granddaughter Danielle Clemmer. 06-06-2021

The family of Chester Lawrence Ward, MD, MPH created this Life Tributes page to make it easy to share your memories.

Send flowers to the Ward family.