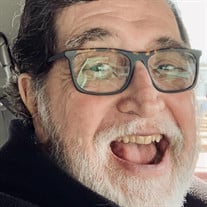 September 6, 1939 - January 1, 2021 WHAT WE ONCE ENJOYED AND DEEPLY LOVED WE CAN NEVER LOSE. FOR ALL THAT WE LOVE DEEPLY BECOMES A PART OF US. Charles Carlo Di Bari “Chuck” passed away peacefully at the age of 81 at his home in Laguna Hills, California. Born in Paterson, NJ, he met his wife, Ethel Emily Strom, in the summer of 1959. They married in a sword ceremony at the U.S. Naval Academy in Annapolis, MD on June 8, 1963. They started their family in December 1964 with the birth of their first son, Charles, followed by Joseph in January 1966, and daughter, Nicole, in February 1973. He and Ethel lived in various parts of the country prior to settling in the Bay Area 52 years ago, where they raised their family. Charles graduated from Fremont High School in 1957 where he was President of Phi Rho Omega fraternity, attended Oakland City College in 1957, the University of California at Berkeley 1958 and appointed as a Midshipman at Annapolis Naval Academy in 1959, where he graduated in 1963 as a Lieutenant in the United States Navy. While serving in the Navy, he flew helicopter’s (SH-3A Helo), was a flight instructor, a Senior SDO Watch Officer, sailed on the Vespucci with the Italian Navy, picked up the Astronauts from the Gemini’s 6 and 7 missions on December 18,1965 from the USS WASP recovery ship and received the National Defense Service Medal on June 15, 1967 while flying with the Helicopter Anti-Submarine Squadron ELEVEN. Chuck was honorably discharged to spend more time with his family, spent several years working in the telecommunications industry and 25 years in business administration at Stanford, where he retired in 2016. In 2018, following the passing of his beloved wife, Ethel, he moved to Laguna Hills, Ca to be closer to his grandchildren. Chuck loved playing music and enjoyed many instruments including the harmonica, guitar, and keyboard. He liked to read and he liked to gain knowledge. He was an artist and spent many years creating leather works. He enjoyed conversation and enjoyed sharing what knowledge he had with other people. Charles always had a story to tell and enjoyed conversation. He had a way of making people feel comfortable and welcome into the family. He was a loving, caring and devoted husband, father, grandfather, brother, uncle, cousin and friend. Although we all will have a void in our lives, we know that Charles will continue to fill our hearts with happiness being reunited with his wife, mother, father and brother. Charles is predeceased by loving parents Joseph and Dalia (Teza) Di Bari, brother Joseph Di Bari. Charles is survived by his brother Robert Di Bari, sister Geraldine (Di Bari) Wuelfing, son Charles Di Bari and his wife Tammy, son Joseph Di Bari and his wife Rachele, daughter Nicole (Di Bari) Roxby and her husband Jason and grandchildren Chase, Julia, Jordan and Noah. Funeral Services and Cemetery gathering for Urn Placement will be held: In California Saturday February 27, 2021 at 11:30 am on the grounds at Chapel of the Chimes 32992 Mission Boulevard, Hayward, California, 94544 (510) 471-3363 In lieu of flowers, memorial donations may be made to: The Markie Foundation P.O. Box 1322, Rocklin, CA 95677 https://www.markiefoundation.org Livestream Link: http://webcast.funeralvue.com/events/viewer/47802

The family of Charles Carlo Di Bari created this Life Tributes page to make it easy to share your memories.

WHAT WE ONCE ENJOYED AND...