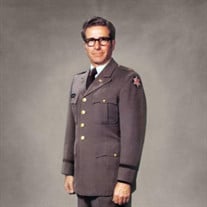 Barney Ray Oliver (August 3, 1928 – May 17, 2021) Our hard working father, husband, grandpa, brother, and friend (hardest working man I knew), passed away May 17, 2021 at his home in Newark, CA. after a valiant fight with stage 4 cancer. One of 5 children and half brother Troy, Barney was born in Una Arkansas, he received a cotton sack for his 5th birthday worked as a farmer, including through the dust bowl days and worked daily until his death. He worked for Pacific Bell for 37 years in Telecommunications. He retired from the Army National Guard’s Engineer Corps as a Lt. Colonel in 1988. He was an engineer through and through. As an Entrepreneur he was in the coin-operated laundry business over 48 years. He earned his BA in physics from Humboldt State University in Arcata, CA. He was involved with many clubs and organizations, and even volunteered as a patrolman at Hollister Hills Motorcycle Park. He continued to work after retirement at his business, Southland Service Company, seven days a week for decades alongside his son Timothy, daughters Brenda and Carolyn and wife Mildred. A World War II history buff, and dust bowl days. He loved Route 66 and wanted to buy a motor home and travel that route and many others again. In 1947 Barney married Mildred N. Wright (Oliver). They we married for 73 years and had 3 children: Carolyn, Brenda and Timothy. Barney and Mildred were blessed to travel all over the world. Survived by his sisters Shirley Oliver Rice, Nell Oliver Freeman, wife Mildred N. Oliver, son Timothy D. Oliver and grandson James Mingo Lewis Jr., Kristen Lewis, and great grandsons Mingo Ray Lewis, Mason June Lewis and Maverick Jay Lewis and nephews and nieces. His son Timothy Oliver lives in Fremont, CA with his wife Rufina A. Oliver and Titus their dog. Rufina took care of dad for the last 3 months of his life. Titus was very comforting to him as well, especially in the last 2 years. He was preceded in death by his daughters Brenda K. Oliver, Carolyn J. Oliver Lewis, brothers Cecile Oliver and Junior Oliver. He will be greatly missed by his family and friends spread across Alaska, Arkansas, Arizona, Florida, Louisiana, Missouri, Oklahoma, Oregon and Washington. The Memorial service will be held at Chapel of the Chimes in Hayward, CA June 11th at 12 Noon with the Honor Guards giving full honors at the burial site. The wake will be Thursday June 10th 4:00 pm. - 7:00 p.m.

The family of Barney Ray Oliver created this Life Tributes page to make it easy to share your memories.

Send flowers to the Oliver family.